Produced in partnership with Two Photon

60% of astronauts test positive for active herpes virus in space

Something about space brings out cold sores - what does it mean for people on Earth? 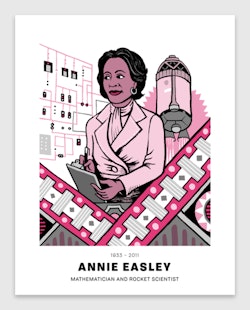 The beauty of space has long left humans in awe. Space exploration has generated amazing new technologies, beautiful pictures, and inspired many generations. But space travel is not as glamorous as it seems; astronauts train for years before they can ascend, and once in space, they face many risks that have long term effects on their health. Most commonly, we hear of the bone loss and muscle weakness that living in microgravity causes. But over the course of the last two decades, research has revealed a new problem for astronauts: herpes.

This research has major implications for future space exploration, and may even give us clues to how to combat herpes infection here on Earth.

Herpes viruses are the cause of both painful oral cold sores as well as genital herpes. In fact, herpes is actually a large family of eight different human viruses, including some of the most common human pathogens. Chicken pox, mononucleosis (also known as the kissing disease 👄), some childhood rashes, and shingles are all examples of illnesses this group of viruses can cause. What makes herpes viruses unique is their ability to establish latency — meaning after your initial infection, they linger in your body, sometimes causing relapses years or decades later. This ability is why that pesky cold sore always comes back in the same place — and why, 50 years after you had chicken pox, you may be at risk of developing shingles later in life. These viruses retreat into our cells until they are triggered by various stressors and reactivate, causing a contagious stage where we "shed" virus and may see symptoms re-emerge.

One of these triggers may be space travel. A paper published this February reported that 60% of astronauts shed at least one herpes virus during their mission to the international space station (ISS). While no one knows the exact percentage of the general public who have a herpes virus, 60% of astronauts having an active herpes virus is high (by comparison, people recently infected with herpes simplex virus 1 or 2 are actively shedding about 30% of the time). This research has major implications for future space exploration, and may even give us clues to how to combat herpes infection here on Earth.

Long term stress can suppress the immune system, which is a huge issue for astronauts, as space flight and life aboard the ISS are high stress environments. Researchers think that the reactivation of herpes viruses in astronauts may be a warning sign that something is wrong with astronauts' immune systems. Another study suggests that the first line of defense against infection, white blood cells, are less responsive during and after space exposure. This weakening of the immune system might get worse over time on long missions; researchers found more herpes virus DNA in urine and saliva the longer that astronauts were in space. As on earth, most of these viral reactivation events had no symptoms associated with them, but they were still contagious.

While these cases might have been mild, herpes viruses can cause much more serious symptoms, like swelling in the brain, chronic pain, and cancer. The severe forms of herpes-caused diseases usually develop in people who have dysfunctional immune systems and/or alongside other infections. This raises concerns, given the general prevalence of herpes, that astronauts might develop more serious illnesses after long-term space exposure. To make things worse, herpes viruses are shed in the saliva, making them highly infectious—which could lead to new infections in astronauts that don’t already have them. The researchers suggest astronauts should be vaccinated against the herpes viruses which have a vaccine, which is currently only Varicella Zoster Virus (VZV), which causes chicken pox and shingles. More research will be required and new vaccines and anti-viral drugs will need to be developed before long-term space exploration missions, like a trip to Mars, is possible.

How Herpes in Space Helps People on Earth

One great aspect of space exploration is that the technology developed for outer space often trickles down to Earth to make our lives better. For example, the global positioning system that Google Maps relies on is an ancestor of the technology developed for tracking Sputnik 1, the first earth satellite, in 1957. Many other breakthroughs, including important advances in breast cancer screening, programmable pacemakers and voice-controlled wheelchairs, are thanks to space research.

In the meantime, it's exciting to see how an observation in space can lead to new clinical technologies here on Earth.

Similarly, two decades of work on latent herpes reactivation in space have resulted in a new way to test for VZV in patients here on Earth.  Shingles is caused by VZV and can be a serious disease, causing incredible neurological pain, and in rare cases, blindness and strokes. Because VZV infects neurons, doctors used to have to test cerebral spinal fluid for antibodies against the virus. It is an invasive procedure, informally called a "spinal tap." Satish Mehta, a researcher on the latent herpes virus reactivation project, has helped develop a much easier saliva-based test.

In the future, this research may also lead to exciting advances in how herpes viruses are reactivated, an area we still don’t know much about. Broadly, stresses induce virus reactivation, but in space there are many forms of stress. What sparks the shedding? Is it stress hormones present in the blood, higher amounts of radiation, or something about microgravity that induces these changes? Answering these questions may help shed light on stress and viral interactions on Earth. In the meantime, it's exciting to see how an observation in space can lead to new clinical technologies here on Earth.

We ask other scientists from our Consortium to respond to articles with commentary from their expert perspective.

When I think about space, I usually think about physics and astronomy. With new focus on humans in space, I should probably start to think about biology too. Although the sample size for observations about astronauts is unavoidably small, there is a remarkable opportunity to observe and learn about new phenomena from their experiences. We also have an opportunity for a new frontier in microbiology. When we send people or objects into space we unavoidably send millions of microbes along too. Teasing out the root of herpes shedding could involve understanding human and viral factors.

Thank you! And I totally agree, before I read this article back when it was published in February, I didn’t really think about astronauts getting sick. Things like the flu and other cold-causing viruses are easier to vet for because they have known incubation times etc. But for something like herpes that is so ubiquitous in the human population, you can’t select for people without it. So it was pretty cool to read about and I’m glad I could translate it into a more accessible piece than the original review. :)

It’s an interesting article, but I’m a little confused about what to make of this statistic overall. Is the situation that more astronauts actually have herpes per se than the general population, or simply that those who already have herpes are more likely to see it activated in space? And, if it’s the latter, is it simply because even one astronaut with herpes can more easily infect their fellow astronauts in space? Or could there be something about the lifestyle of an astronaut that lends itself to acquiring herpes before taking off into space?

These are great questions. I do not think it’s because astronauts have higher rates of herpes viruses than the general public, although I don’t think they explicitly tested that. There are many different herpes viruses that cause many different diseases. Almost everyone has at least 1 or two (they cause diseases such as chicken pox, and other childhood rashes, mono, as well as the classic ‘cold sores’ we see). What they are measuring in the study is the re-activation. When you are infected with herpes viruses, they travel through your neurons and ‘hide’ in a way that you can’t detect easily. Every now and then the virus will be reactivated by some sort of stress (the science isn’t clear on that yet). This reactivation may or may not cause symptoms, but it causes the person to be contagious. While it’s possible that astronauts could infect each other when contagious, this probably isn’t what is happening based on the short time line.

I believe the real take-away here is that the stress of space (isolation, small living space, close quarters with other people, high stakes etc…) lowers the efficacy of our immune system, which lets the ‘hidden’ herpes viruses reactivate, making the astronauts contagious. Stress, in combination with greater exposure to solar radiation (a known cause of reactivation) is probably why they have increases up in space.

This was a very interesting read! I completely agree with Molly Sargen.

We often are so caught up in the logistics of space travel that we forget about the (sometimes microscopic) biological impacts. It will no doubt be important as mankind increasingly turns its gaze on the moon and Mars.

On the topic of herpes itself, it remind me of an article I came across about transcription factors reducing herpes reactivation. I had the chance to speak to one of the authors of the paper, and we chatted about the possible potential for administering LRF to keep symptoms at bay. I’m not sure how far away a herpes medication is for the general public, but it would be fascinating to see if other transcription factors for  the different herpes strains could also be identified and used in space missions.

I also agree with Molly that when we think about the space, that normally comes with ideas only about astronomy and related fields, but not with the biological aspects. It’s nice that you have brought up a biological point of view in a space matter. As I think that astronauts have pretty intense training  before they are sent off to, which already impacts their immune systems, which might make the astronaut’s body more susceptible to infections. Immune systems are quite complex, but environmental factors are being considered carefully, and we certainly are not aware completely about what is happening in outer space that could affect the immune system unexpectedly. There might be some other factors other than microgravity and radiation levels which could play an important role in the astronaut’s immune system. Nice reading and thanks for this wonderful piece.

The discovery, made by accident, tells us about insects' behavior and gives insight into our own

This year the flu came in two waves – here’s why

Don't fear germs – at least not too much

Could heat improve the immune system's response to cancer?

Alzheimer's drugs targeting amlyoid plaque may be doomed to fail

Releasing bacteria-infected mosquitoes in Indonesia prevented the spread of dengue

Life on Earth is complex and irreducible

On faster spinning planets, life could be hiding out under the atmosphere